In the following we publish an important statement of the Communist Party of Turkey/Marxist-Leninist, in memory of comrade Hasan, in our own translation. The declaration is published in Turkish and German on ikk-online1.net.

In several countries commemorative events and actions were held in his honour, about which we document the following pictures.

TKP/ML ZK-PB: "For those whose dreams are boundless, whose lives are unending, whose struggle is unrelenting; Comrade Hasan Atas is the determination of the people's war!"

To the working class, the working people from the Turkish, Kurdish nations and different nationalities;

On June 2nd, 2020, in the evening hours, comrade Hasan Atas, who is called as the party name Şerzan, was immortalised in a battle with the enemy forces in the rural area of Büyükköy-Hacibirim of Dersim/Ovacik province.

Comrade Hasan Atas was born in the city of Iskenderun in 1990. Originally the comrade is from the province of Dersim from the city of Mazgirt/Pulan (the village of Otlukaya). Towards the end of 2009, while still a student, he organized himself in the ranks of the TMLGB. In 2010 he entered the ranks of the People's Army. He showed through his practice, in which above all he carried out all the tasks he received with high respect and without any doubt and hesitation, the most beautiful examples of the connection to his people and his comrades. Comrade Şerzan took part in various militant actions and had an active mission in the reprisal action on June 1st in 2017, when three soldiers died, which was dedicated to the 12 comrades of the TIKKO who became immortal in the military battles in 2016 from November 24th to 28th. Comrade Şerzan formed a strong bond with the masses, through his work of writing poems, memoirs, stories about the guerrilla life he was able to bring the guerrilla life in its most vivid form to the masses .

When comrade Hasan Ataş became immortal, he was a progressive militant of the party and one of the unit-commanders of the TIKKO.

Our martyrs are the bricks of the 48-year war of our party history. Under the harshest conditions of the war, in the periods of defeatist encirclement, in times when defeat darkened hope, it became a ball of fire and illuminated the darkness. The struggle of those who, with the fire lit 48 years ago, shed their blood and life, is carried on until the final victory, with the same dedication and great courage.

Neither their rampant attacks nor their rampant exploitation will not be enough to prevent the uprising, the resistance and freedom struggle of the oppressed.

The lives of the working people, who are being ignored and the cost of the crisis created by the epidemic, which has been blamed on the working people, this anger must be wreaked on the imperialist tyrants and all reactionary regimes with anger. The accumulated and swollen anger, the sharpened contradictions, which are ignited with fires of rebellion especially in the zones of US imperialism and other imperialist centers, illuminate the streets and crackle with freedom slogans.

The flame of resistance is their nightmare now. It is this fire that will light up the consciousness, the streets and the sky. Neither the imperialists, nor their sworn lackeys will be able to prevent the final end of their power, which they are protecting with violence and coercion.

The fascist dictatorship continues its total attack against the Kurdish nation, the oppressed religions, women and all socially oppressed layers of the population. The attacks of fascism are no longer limited to Kurds, revolutionaries and democrats, but are becoming a routine, which spill over into the streets and homes. Death, cruelty and imprisonment is now in front of all social classes. The political crisis makes the attacks of fascism intensify, the dose of violence does not decrease under any circumstances, but takes a continuously increasing direction. We are in a period when the need for organized revolutionary violence and defense against the counterrevolutionary violence and repression is felt more than yesterday.

Our party is the vanguard of this war, in the geography of our country. Our party has broken the besiegement of all kinds of bourgeois ideologies with the ideology of the proletariat it represents. This attitude grows and becomes competent by being embodied in our immortal comrades. Our revolutionary line, which finds its path through the people's war, honours us, embraces us also with pain, but anchors us in a line that is surrounded by hope. This way, this line and this emotion was left by our fallen, the remaining ones as a heritage. This path, which must be taken, will be opened by those who break down the walls of fear with their slogans, the dark besiegements with their red balls coming from their warrants. We will struggle with them, grow with them and win with them.

Our party is the vanguard of this war, in the geography of our country. Our party has broken the siege of all kinds of bourgeois ideologies with the ideology of the proletariat it represents. This attitude grows and becomes competent by being embodied in our immortal comrades. Our revolutionary line, which finds its path through the people's war, honours us, embraces us also with pain, but it anchors us in a line which, surrounded by hope, is not only the most important but also the most important thing for us. This path, this line and this emotion are the legacy of our fallen and the remaining ones. This is the path that must be taken by those who break down the walls of fear with their slogans, who open the dark sieges with their red bullets coming from their warrants. We will fight with them, grow with them and win with them.

THE GUERRILLAS ARE IMMORTAL, LONG LIVE THE PEOPLE'S WAR!

WE WILL DROWN FASCISM IN THE BLOOD IT SHEDS!

WE WILL SMASH THE COMPRADOR BOSS RULER STATE, BUILD THE NEW DEMOCRATIC POWER!

LONG LIVE OUR PARTY, THE TKP/ML, UNDER ITS LEADERSHIP THE TIKKO AND TMLGB! 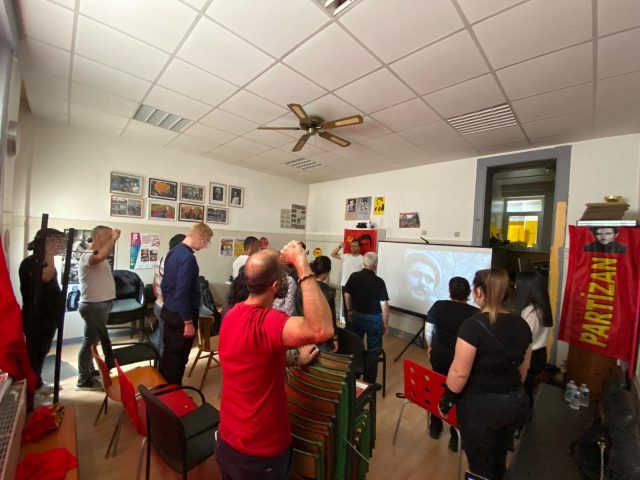 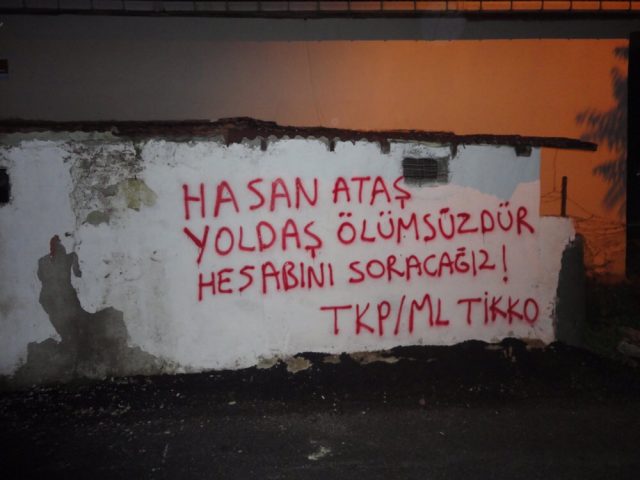 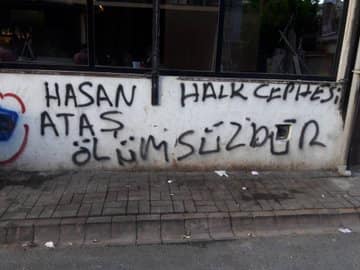 EUROPE - Protests and struggles: A short review of September