On the 29th of December of 2018 the reactionary Peruvian state destroyed a mausoleum erected for the martyrs of the Shining Path, who died during the prison rebellion on the 19th of June of 1986, now known and commemorated as the Day of Heroism.

The mausoleum located in the outsides of Lima, Peru in the district of Comas, came into the public's notice when videos surfaced in 2016. The mausoleum contained 8 bodies of deceased fighters, who died during prison rebellion in 1986. The massacre took place in 3 prisons, where 300 prisoners, who had succesfully taken control of the buildings, were shot and bombed by helicopters of the Peruvian Armed Forces.

We share a translation of a document released by Análisis y Opinión on this heinous action of the reactionary Peruvian state:

They will NOT take away our heroes

In the year 1986 the government of Alan García Pérez ordered to put an end to the rebellion of the prisoners of war and the political prisoners in the prisons of Peru. The demand of the guerrilla fighters was to avoid the politics of slow annihilation and the relocation of prisoners to other prisons, which the authorities were preparing as a part of the state's death plan against the prisoners.

The "democrat" Alan García ordered the Peruvian Armed Forces to obliterate the rebellion with helicopters and high caliber firearms, which were shot against imprisoned revolutionaries. This order counted with the willingness of the electoral left and the catholic church.

The resistence of the revolutionaries was hard and went on until their last breath, many records of this epic were left behind on manuscripts and testimonies of this epoch. The Communist Party of Peru, which led the revolutionary people's war, recorded and spread the heroic contents of that struggle.

The criminal Peruvian Armd Forces had murdered 300 prisoners in 3 prisons, many of them finished off once wounded or detained, the majority of them in the Island El Frontón. That brutal crime and genocide unvealed the Peruvian government of Alan García as fascist and unmasked it to the world. To the revolutionaries of the world it gave us the Day of Heroism, a legacy which astounded the peoples and was constituted in a landmark of struggle, of example and victory for the International Communist Movement.

More than 30 years have passed since those happenings and today the present Peruvian government, which has a criminal process against in the Inter-American Court of Human Rights for the genocide of El Frontón, has demolished the mausoleum in which 8 of our heroes, some of them were given back to their relatives in recent years, were put at rest.

The Peruvian government is a reactionary and criminal state, it doesn't matter what clothes it wears. For decades it has negated all rights of the imprisoned and dead revolutionaries, it has persecuted them with fury and has feeded even on its dead, while the reactionary court regards itself as practicioner of bourgeois democracy and constructor of a rule of law, all the while they remain sunken in the poverty of corruption and statewide looting, all the while they put all corrupt politicians and great parts of the reactionary politicians in golden cages, all the while they fill their mouths with words like democracy and rights, they apply the enemy's Penal Code on the revolutionaries not even letting their families cry for them on tombs and cripts made by themselves, built on poor neighboorhoods, which the scoundrel politicians and reactionaries of this country don't care or know about.

The reactionary court, with the law in their hands, has reunited in the distant district of Comas, in a place they have never cared about, where the poorest of Peru live, to destroy the memory of the people. The order prerpared by a reactionary deputy has counted with the complicity of those who call themselves democrats, of those who call themselves left, of the catholic church, of the trashy press, which has baptized the resting place of the dead as a terrorist mausoleum.

But history cannot be erased, the event is already recorded and is part of the historic feat of the people as well as this heinous act by the reactionary Peruvian state and all its associates. The revolutionary landmark these combatants gave us cannot be demolished by a shovel machine nor by a fascist law, on the contrary, it stirs the revolution, it feeds our desire to struggle and to transform, it increases our class hate towards the enemy and it elevates our moral.

They will not be able to destroy the legacy of our heroes, their actions have impregnated themselves everlastingly in our memories, in the collective memory of the Peruvian people and the peoples of the world. It will guide without a doubt in our revolutionary struggle until we reach our objectives. 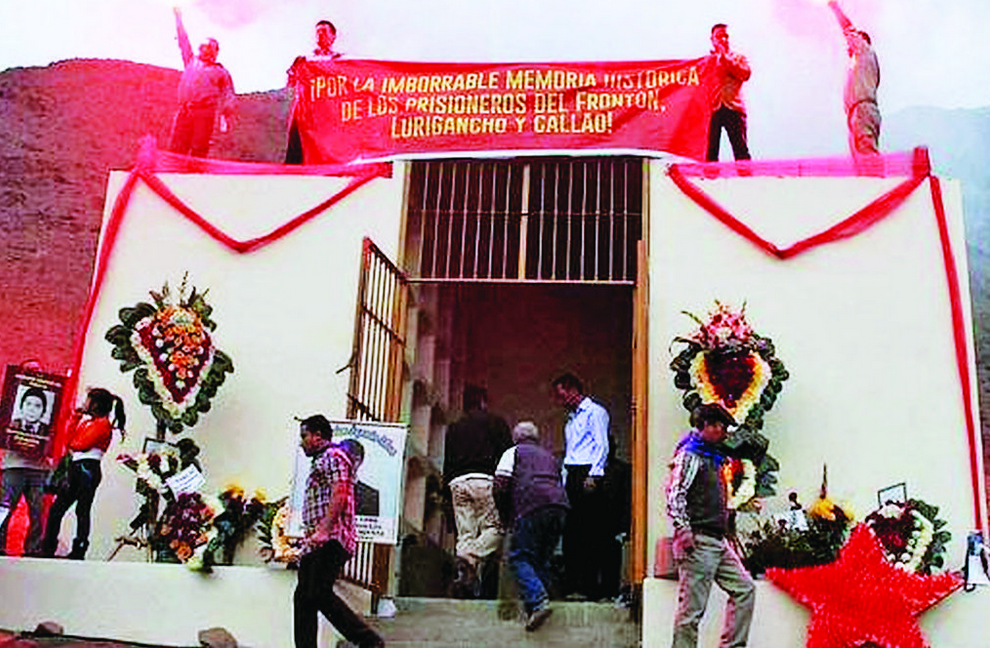 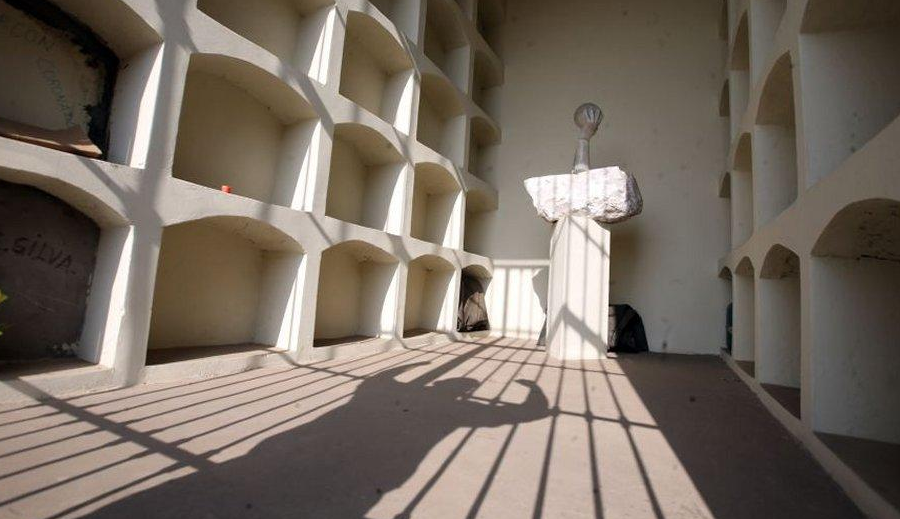 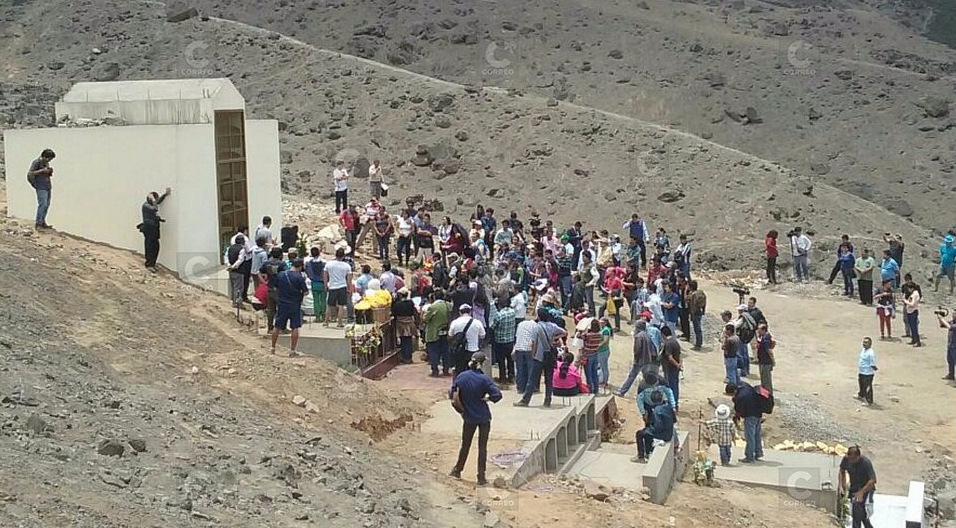 Pictures of the demolition: 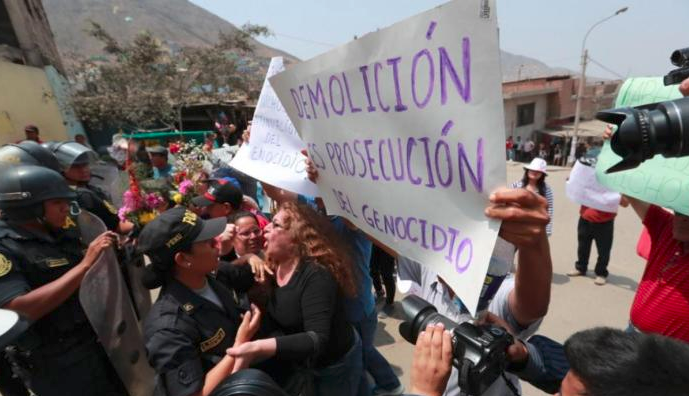 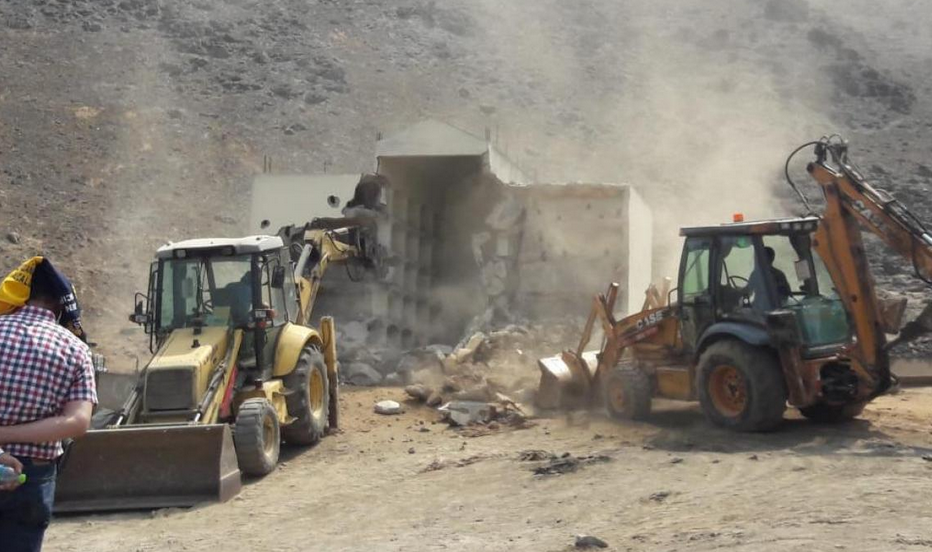 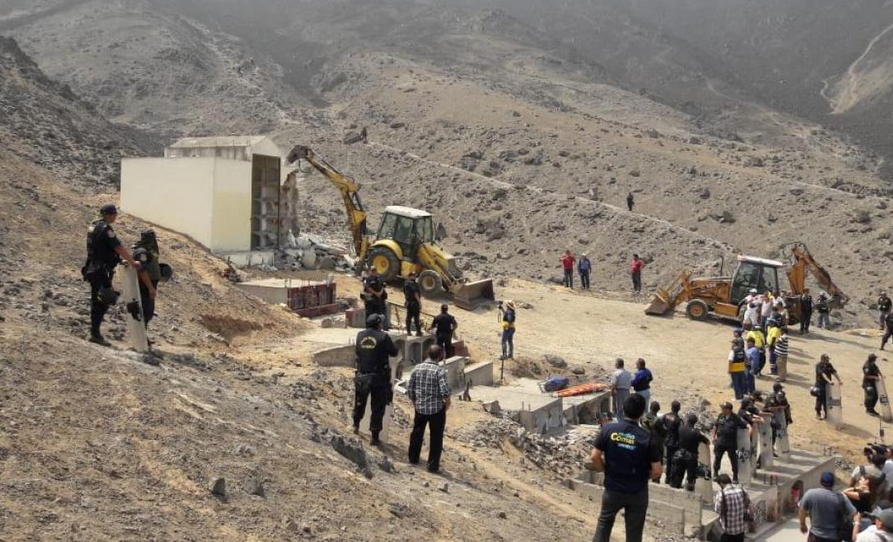 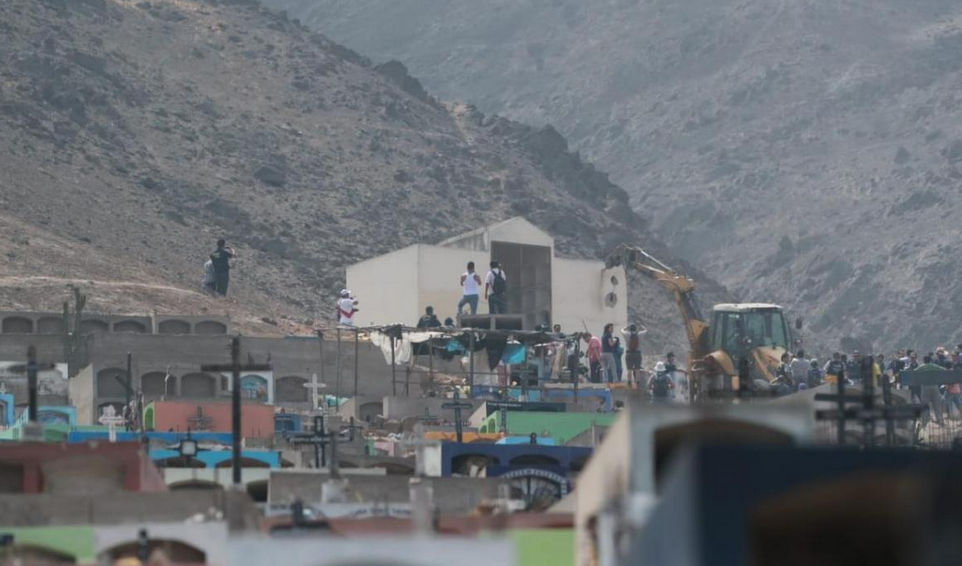 BRAZIL - Headquarter of newspaper "A Nova Democracia" was sabotaged!

BRAZIL - Long live the 25th anniversary of the heroic resistance of the Corumbiara peasants!